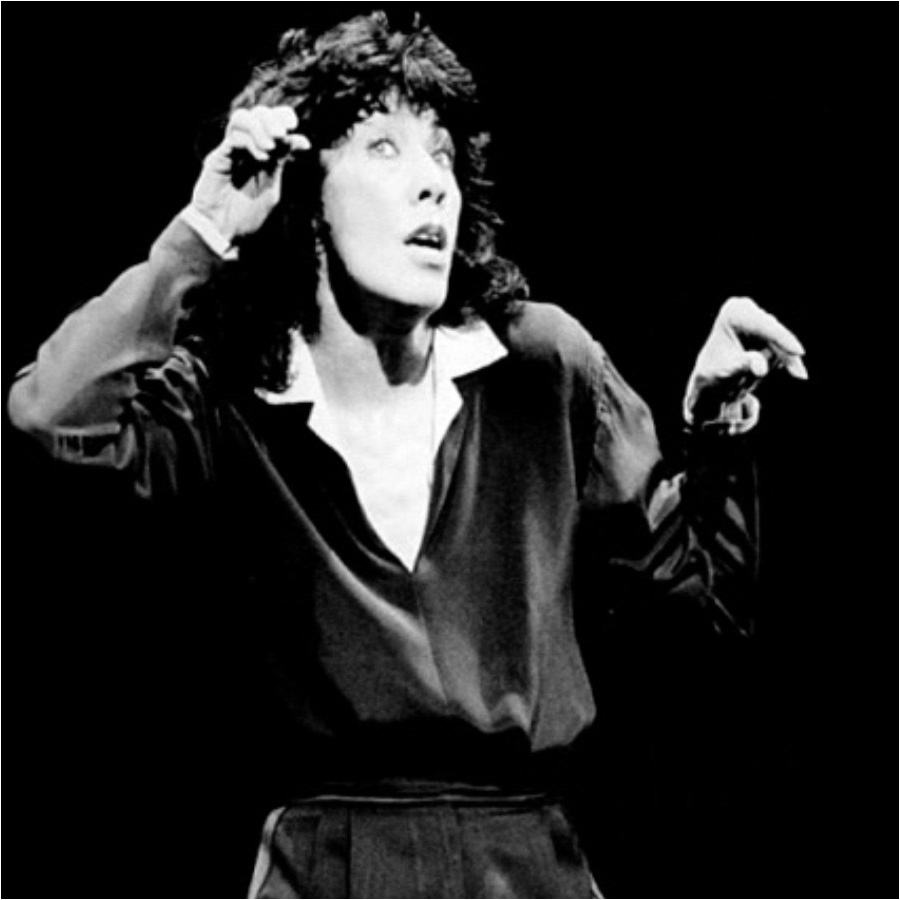 “All my life, I’ve wanted to be somebody, but I see now I should have been more specific”

Chrissy still has hope that she’s going to find the next little trend, she also represents the superficiality of that kind of new age seeking of yourself. There was the thought that the new age movement was going to be a part of the consciousness movement and really important to social change, just as feminism has been. New Age just sort of so quickly became banal, so lacking in originality. Obvious. Boring

Chrissy buys everything in advertising. She buys the American dream that somehow if she has the right aerobics clothes she thinks you can “Be” before you”Do”, if she wears the outfit she become that. She has it all cockeyed because everything is so superficial and she is so devalued, living a lifetime of being dismissed. Chrissy has no real identity either except all these fads and trends and trying to fit into the culture. She is a tragic comic character. – Lily Tomlin, Jane Wagner

“Not only do I not have a firm grasp on reality, but I have sort of a loose grip on my fantasies too.”