“My last creative job as a consultant was with … 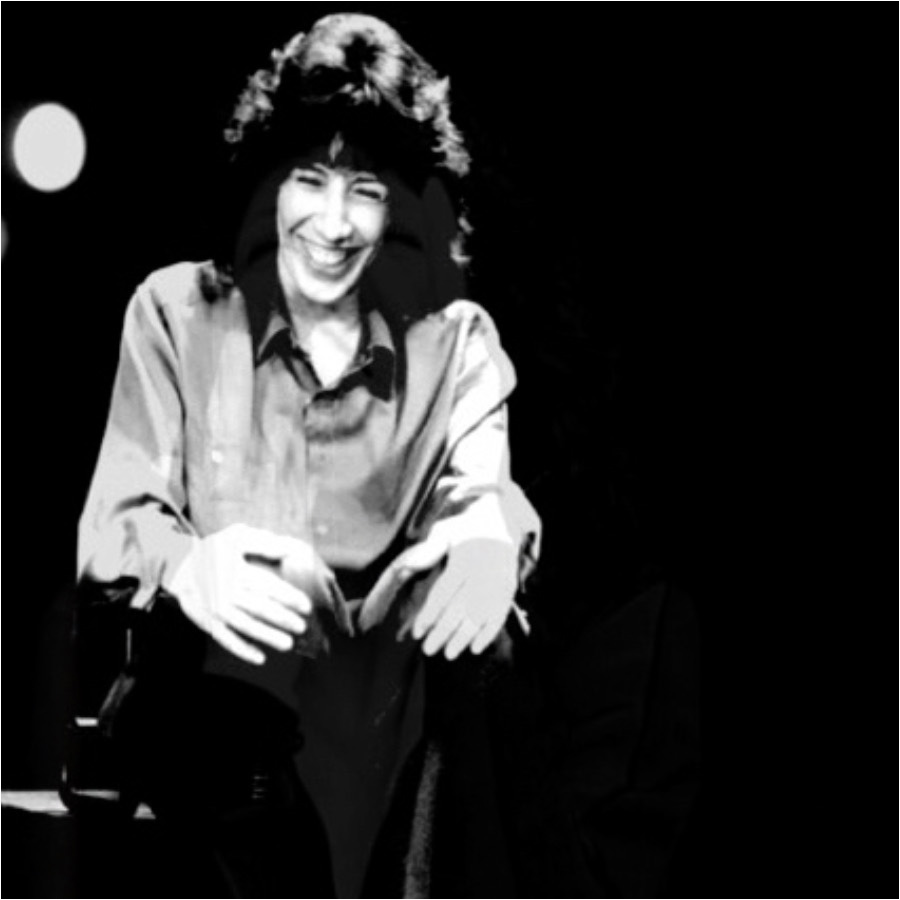 “My last creative job as a consultant was with the ritz cracker mogul Mr. Nabisco. I said, ‘Mr. Nabisco, sir, you could be the first to sell the concept of munching to the 3rd world. We’ve got an untapped market here, these countries have millions and millions of people who don’t even know where their next meal is coming from, so the idea of eating between meals is something that’s never occurred to them'”

Trudy, perhaps the most lovable of the many characters Tomlin evokes without the aid of props or clothing. Trudy is a bag lady savant and “creative consultant”  to aliens from outer space who are looking for the commodity referred to in the show’s title. She herself is a tattered repository of human wisdom, all collated and arranged on Post-It notes.  The superior insight of the mad is a hoary, somewhat sentimental notion, but Trudy is a character who gruffly and grittily transcends cliche.

Shock treatments have left Trudy with a “hook-up to humanity” through her umbrella hat, and through this device she channels most of the rest of the endearing assemblage of malcontents and misfit characters who are united by, above all else, disappointment with the hands life has dealt them.

Trudy acts as a tour guide through humanity. It’s a tradition in theatre to have the ‘wise-fool’, in contemporary society she is someone on the low end of the economic spectrum, but what she represents is the collective consciousness, the collective guilt, of society. When she went over the deep end, she suddenly represents the consciousness of caring and identifying with humanity. We can appreciate the crazy wisdom that comes out of a crazy person, they see society from their disenfranchised point of view. Trudy has an overview of everything, she cuts through to what’s really going on. – Lily Tomlin, Jane Wagner